Money or your freedom – or simply ask the EU to fuck off?

Well, here we go again.. Another country is going under, because of the strain of the demands of the banking and economic system. What tickles my funny bone is that we approach this matter in a lackadaisical “oh well, you know, the Greeks have mismanaged for years, oh they can’t expect not to pay taxes and still live”. My mind is reeling, because the inhumanity of it all is just flabbergasting. There is this frightening lack of empathy when people are faced with Greece’s economic collapse. Ok, so maybe they mismanaged, maybe they cheated on their taxes, and maybe they borrowed money under false pretense. Still, though, they happen to be human beings. Taking away their freedom, is that really the answer? Allowing a bunch of suited men who are NOT democratically elected (troikas) to call the shots. is that really a wise decision?

See, this is my beef with western capitalistic system – it is based on an abstract, materialistic, forever growing (cancer anyone?) inhumane money system, where money is being artificially created, and inflated so as to inject this fake money back into the system. Then we borrow this fake money which enslaves us to the banking system for oh, so long, and someone is laughing all the way to the bank, but it sure as hell ain’t the regular guy. The regular guy (us) will pay on loans up to 3 times its original value for 30 years before your home is finally yours. And this is when you do well and make sure all your payments are done on time. There used to be a time when paper money  was worth its value in gold. Try that today, and you get scoffed at. Today money = toilet paper..or rather, numbers on a computer, which is what money is today, and is in fact worth less than toilet paper, because with toilet paper you can at least wipe your ass. Numbers on a computer are actually only as valuable as you accept it to be. 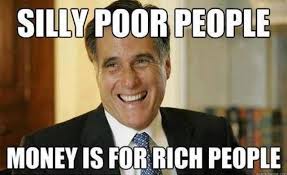 See, in the west we are smart, but we aren’t wise. Ref, Iain McGilchrist who wrote the book (“The Master and his Emissary”) a psychiatrist who has predicted the fall of our civilization because of this lack of wisdom we display in our societies. This is simply because of a physiological state of mind, where we spend more time in our left hemispheres, than in our right. The west is a society built on the principles of the left hemisphere: Materialism, dead things, detail-oriented, abstraction, expertise, linear thinking. The right hemisphere deals with the humane, the living, empathy, it sees the big picture, it is concrete and masters parrallel thinking.

His postulate is that it is the right hemisphere that is the ultimate Master of the two and sadly, our society encourages the values propagated by the left, not the right hemisphere. The wise people who would have made good decisions, either can’t survive to be in the political spheres, or if they do make it to the influential spheres, find that Hey! We control nothing through our political ideologies, everything is controlled by the economists and banking system after all. We have weaved a web that now seems to be hard to get out of.. Well, not really, any moment we can get out of it, it is just a choice. Like Gandhi said “The only reason why 300,000 englishmen can hold 700 million indians (at that time)  captive, is because the indians let them.

So here we are, with a choice, to continue to be ruled by the unempathic banking elite, or to take a stand and say a big FUCK YOU to these leeches who have created a parasitic and cancerous system which is unsustainable when it comes to human development. So far we have left Africa, South-East Asia and huge parts of South-America waste due to bankers money greed.. Now it is on our own doorsteps, what will we do? Iceland has already showed the bankers a nice, big fat middle finger, and taken control of their own country. I hope Greece will do the same.. Fuck the EU, fuck the Euro and fuck these economists running the world with greed and hatred instead of humanity and love.

What can be done? Excerpt from article: http://www.theguardian.com/sustainable-business/2015/jul/07/this-endless-quest-for-growth-will-see-greece-self-destruct

1. Greece should go back to a national currency to have more autonomous decision-making with regards to its own economy, which it needs if it wants to pave a more sustainable path.

2.The government should nationalise the banks and encourage people to start credit unions. This will re-align the banking sector with the needs of citizens and make the banks more resilient. Credit unions would empower people to take financial matters into their own hands.

3. Greece should keep for-profit interests from buying up its common wealth. This could be done via land trusts, not-for-profits and amending the constitution to make it unconstitutional for the government to sell off the commons.

4. The Greek government should start using a wellbeing or happiness index to measure success, as Bhutan does. In this age of inequality, working class people and the unemployed can easily slip through the cracks of GDP growth.

5. Businesses and the government should shorten the working week and encourage job-sharing, so more people can have part-time employment. This would counter the current problem of some having no work while others work 50 hours a week.

6. Finally, the government should create legislation and encourage not-for-profit enterprise in every sector to prevent the extraction of profits from the real economy and encourage social entrepreneurs and innovators to start up their own not-for-profits. These enterprises would help alleviate the humanitarian crisis in Greece, create a more stable economy and keep the financial surplus in the real economy. By building an economy around social purpose, Greece could usher in the post-capitalist era, rather than fall victim to the unavoidable collapse of capitalism we are witnessing.