Pimps and ho’s, sluts and dogs

Before you start reading, understand I am using vast generalisations and my views can certainly not be applied to all men and all women. It is a general trend in our society which I am commenting on, and therefore I allow myself to generalise between men and women, limited to this article.

So what is a pimp. Well our classic view of a pimp is a bejewelled man with long fur coats; a bit like Snoop Dogg (who has glamified the term P.I.M.P) and from the picture taken at the annual Player’s Ball, which is like the oscars for the pimps, (they win a bejewelled cup and everything) you can see that his recreation of the look is spot on. Interestingly, when the pimps and ho’s arrive at this ball, the women have to look at the ground all the time. Fascinating! So the women have to be shamed for selling their bodies, but the men who profit from it, revel in it. 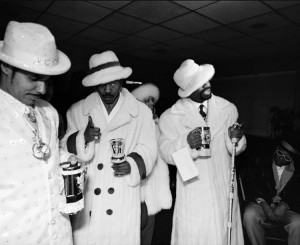 So why are pimps glorfied and why are hookers still the lowest of the low?

Well, hookers are women, for one, and women in the western world traditionally have had very little power. Only the past 50 or so years have women slowly begun to reclaim their power, but the road is long and we haven’t arrived yet. I believe that our christian origins were immensely threatened by female sexuality, and did everything in their power to either control or squelch this powerful energy.

Now we see a new religion called modern media, objectifying women, reducing us to mere sex-toys and the whole world is kind of following suit. And here’s the catch, you are supposed to look a certain way, dress a certain way and even suggest the behaviour, but god forbid you actually do engage in the suggested behaviour..!! If you do, you are labelled a slut, a whore, a strumpet, a harlot, a whore, a hussie, a wench, a bitch, a tramp.. oh I can go on and on. Derogatory terms for women are plentiful, take your pick.

So we are taught from an early age that good girls keep their legs closed and easy girls, well, they just plain ask for it. Whatever happens to them is well-deserved, that whore! And surprisingly you will find that it is women who engage in this judgmental behaviour more than men! Ever heard about the term “bros before hos”? Well, we don’t have a “sisters before misters” up in our court, women turn to bitches instead of sisters when it comes to sex. Why is that?

Well, I believe that is because we cut the men way too much slack. Ever heard a conversation about cheating and you hear stuff like “Oh, he is a man you know” “Boys will be boys” “Boys are idiots” and that’s kind of it? Whilst the same never applies to women.. oh no, no way! We need to know how to behave! And here is the core of the problem. Because men have historically been allowed to behave however they want and because women equate having a man with a perfect and complete life, women sell their souls to the devil to keep even a rotten man. And men know this (although probably subconsciously) and use it for all it is worth.

So back to the pimps and hos scenario. Men pose as these trafficked girls boyfriends. They find some soul  (not even lost souls, now normal working women are being encroached upon) and realise there is a weakness, a vulnerability in this person they can exploit (very often poverty). They most likely recognise this vulnerability because they themselves have experienced this same kind of vulnerability. They resonate, they feel like kin and a strong bond of trust is formed. This allows for the pimp to take all, and I mean ALL of the ho’s earnings and she will think nothing of it, since he “protects” her and provides for her. This is why you see the pimps in expensive cars, furs and jewellery, whilst the woman is distinctly more haggard. She gets beaten up if she doesn’t meet her quota, he supplies her with drugs (or not if he is that way inclined), and the ones that don’t beat are master emotional manipulators. It is the prey meeting the predator under the pretence of saving the prey from other predators.

Whilst the woman that hook flying solo seem to be a much more harmonious bunch. Like the dutch twin sister pair that have hooked all of their lives in Amsterdam, age 71 and still at it. They got to keep their money since Holland has allowed for prostitution (the only sensible choice, it is not called the world’s oldest profession for nothing) and therefore they keep control over their lives. They claim that prostitution is necessary, it is a public service, really, since most of the contact seems to be more about the communication between the hookers and the men than it is about sex. And if we didn’t have hookers to relieve men’s sexual frustration, how would the world look like then? I don’t even want to go there.. 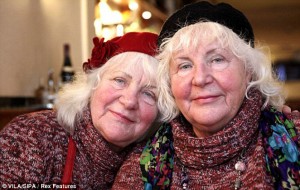 Now, can these sisters expect respect from society for their public service? Of course not they are whores! And whores are the lowest of the low, whilst pimps, pimps are all right. The double-standard is staggering, considering the fact that the women are selling something which is defintely their own property, an honest thing, albeit distasteful for some. Whilst a pimp just kind of swoops in and takes the pussy for himself, and makes it his through emotional and physical abuse, and through the false promises of romance. Where is the honour in that? And yet we glorify the pimp, because, well, probably just because he is a man..

And this brings me to sluts and dogs. When you don’t get paid for the pussy, you are a slut. And anyone can be a slut really, you just have to piss the right person off and he or she can start a rumour about you making you a slut for life. Ever heard about the high school slut? Most likely she was probably a virgin, but somehow someone decided she stroked them the wrong way and off the rumour went. There are women who are very loose with their sexuality for sure, but more often than not you will find that these limitless women were victims of sexual abuse as children and understood at an early age what men want (sex) and used that to get what they wanted. That’s what happens when little girls are exposed to evil, they become callous and unfeeling when it comes to their own sexuality. They look at their gentials as something up for trade, and they trade willingly and men are very willing to trade back.

Whilst men, men are dogs when they cheat on their girls. But they go back to their bros and hi5 each other, smiling “I scored!” like it is a game to them.

And here is the core issue, why women are so afraid of other sexualised women. It is because they know that men have the freedom (or lack of self-control?) to do what they want, that they very often will be forgiven if they overstep, and that a cheating man is not uncommon. So who do we have to control? The other woman of course! This explains the hijab in Islam and it also explains the lack of sisterhood between women in the west. We are terrified of overt female sexuality because we just might lose our man to her! Remember “Joleen” by Dolly Parton? Fuck that! I say celebrate female sexuality, it is a wonderful thing! If your man has so little self-respect and respect for you he wants to cheat, let him! Just remove yourself from that equation. The idea we need a man is SO 1950’s and we are not there anymore, in fact, for many women the man is the new ball and chain!

But of course, we want the family, the happy ending, we want our man! It is a natural thing, that becomes so messed up when the man has so little control and self-respect that all another woman has to do is bat her eyes at him and he is hers. If anything, men are the sluts, dont you think?

Or a slut is merely a woman with the morals of a man.

Here’s the thing, I have a little daughter, who in the future could very well be one of these sluts or whores walking around. God forbid, but it could happen, as all of the 20 million trafficked women in the world today, and all of the “sluts” around us in our everyday lives, are defintiely someone’s daughter. For the world to go forward, women need to be more sisters with each other, and men need to be our brothers too, not just to each other. As long as we label these oftentimes vulnerable and exposed women as sluts and whores, we perpetuate the evil they are already experiencing. By being more welcoming and understanding (who knows what shit this person has experienced in her life to behave in this way?) we can also reduce suffering in this world. Many of us, men and women, just want a connection with someone, to be seen and heard, and if nobody wants to hang with you, you end up with the dogs..